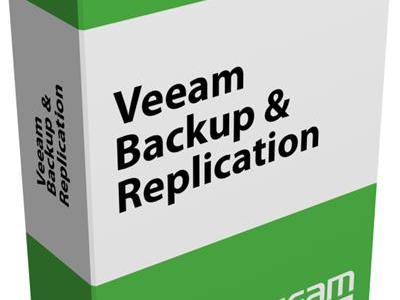 I am currently doing some testing in my lab around backing up App Volumes, more to come on this in the new year, and I needed a backup solution to do my testing. I decided to use Veeam Backup and Replicate 8 as being a vExpert I get a free 1 year NFR license to use the product. Thanks Veeam for this benefit.

The product was easy to setup but when I came to make my first back I kept getting the following error.

After a couple of google searches I found the following KB article here. Having read through the article I started to look at the log files. The log files can be found on the Veeam server is this location.

After looking at the logs I didn’t have any of the issues mentioned in the KB article but I did notice the following errors.

After some more goggling around I found that in ESXi 6.0U1 SSLv3 is now disabled by default and would need to be re-enabled, on all of my hosts, or at least on the host doing the backup specifically, SSLv3 would need re-enabling for post 902.

Thankfully the issue and easily be fixed. To fix the issue you can follow the simple steps in this KB from VMware found here.

Well what a year it has been for VMware End User Computing. We have seen any number of new releases with great gains in moving the technology forward yet again. Here I will try and recap some of the great things we have seen from the VMware EUC team in 2015.

What a year its been for VMware Horizon 6 with 3 fantastic released 6.1, 6.1.1 and 6.2. These 3 releases brought with them so many new features its hard to cover them all, so lets tray and cover some of the big new features that were added in 2015.

Horizon 6.1 was released in March and was the first of the big releases this year. With the release of 6.1 we got the following new features:

Could they fit any more in to this release well yes there was much more added for the full list of new features you can see the release notes here.

In June VMware release Horizon 6.1.1 with the long awaited feature, support for Linux Desktops, this was a game changer for a number of user opening up a whole new set of use cases. Here are some of the other features released in 6.1.1

For more information on this release you can fine the release notes here.

That brings us to the Horizon 6.2 release that was released in November and this was yet another fantastic release with the following new features.

Now let’s look at what’s happened with with App Volumes over the course of 2015. App Volumes had a number of great release over 2015 from 2.5.2 in January to 2.10 in November. Here are just a few of the new features that were added across the number of release in 2015.

I have also release a number of blogs on App Volumes over the year. Here are just a couple that I think you might find useful.

Some of the new features added over 2015 include.

For more information on the two releases you can see the release note here, 8.6 and 8.7.

You can also find a number of blogs around User Environment Manager on this blog site.

VMware renamed their Workspace product to Identity Manager with the 2.4 release in September showing a real intent on focusing on user Identity, I think this will be a big move and a great decision as this product continues to improve.

Here are the new features added in Identity Manager 2.4

You can see the release notes for Identity Manager 2.4 here.

VMware Mirage has also seen a number of updates through 2015 starting with 5.3 in March with the 5.6 release in December.

Here are some of the new features added to Mirage over the year.

As I mentioned in my Blog here ThinApp is certainly not dead and this year in November VMware release ThinApp 5.2 that brought with it support for Windows 10, a great achievement from the ThinApp team. For more information on ThinApp 5.2 you can see the release notes here.

Well what a great year, can VMware beat that in 2016 well we will have to wait and see what’s to come but I have a feeling 2016 is going to be an even bigger year for the VMware EUC Team.

Congratulations to everyone at VMware working on the EUC products from the Engineers to the guys out in the field meeting with customers every day.

vDelboys thoughts on VMware EUC and other topics

vDelboys thoughts on VMware EUC and other topics